VPN has been a solution for many internet problems nowadays especially related to privacy. Being able to gain some sense of privacy and security has led people to use VPNs more than ever before. Even more so, using a VPN allows you to unblock sites or even access region-restricted videos on Netflix and YouTube. Because of that, VPN services have grown to countless services, and sometimes it's just making it more difficult to pick one that is the most suitable or simply best.

For that reason, we have handpicked some of the best free VPNs that are available for both Android and PC.

4 Best Free VPN Available for Both Android and PC

Turbo VPN has been known to provide VPN access to many android users for free without you spending any money. However, it turns out that they not only offer android users but also Windows PC users as they have a dedicated VPN app for PC. Because of that, you may browse the internet while being sure that your privacy is secured all the while giving you fast access to VPN servers across the world.

Are you tired of seeing all the cutting-edge techno designs of VPN apps? You might want to consider this VPN provider called TunnelBear. Different from any other VPN provider, as its name suggests, TunnelBear will offer you a VPN UI like no other with its iconic bear securing your connections through tunnels. Even better, TunnelBear may also secure your location, allowing you to access censored and blocked sites.

Despite its unique name, Windscribe actually provides a VPN service that you may use for free. This VPN tool will help you secure your WiFi connection and helps safeguard your privacy online whether on your Android or PC. Windscribe also offers you multiple ways of using their VPN from browser extension and even directly from your network router. And as mentioned earlier, you may use this VPN totally for free using 11 server locations with up to 10 GB of bandwidth if you supply a confirmed email address.

The last but not least, Hotspot Shield provides you a VPN service with its networks of servers, creating a secure connection between your device with your internet service provider or ISP. As its name suggests, it will shield your hotspot from spoofers, hackers, or any unwanted actions that are regarding your privacy and security. It will also allow you to surf the internet with full anonymity, allowing you to access geo-locked streaming services

These lists of VPN providers are what we think are the best free VPN available for both android and PC. These VPN services will help you to secure your connection, allowing you to surf the internet with more privacy and security. Even better, these VPNs may allow you to access region-locked websites or streaming services such as Netflix, Amazon Prime Video, Disney+, and BBC iPlayer. However, you should note that these free services might give you some limitations on their usage. If you want to kick it up a notch, you can always get their premium packages allowing you to have more freedom and features to use. 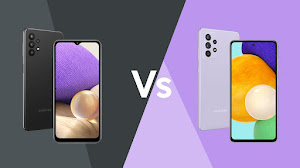